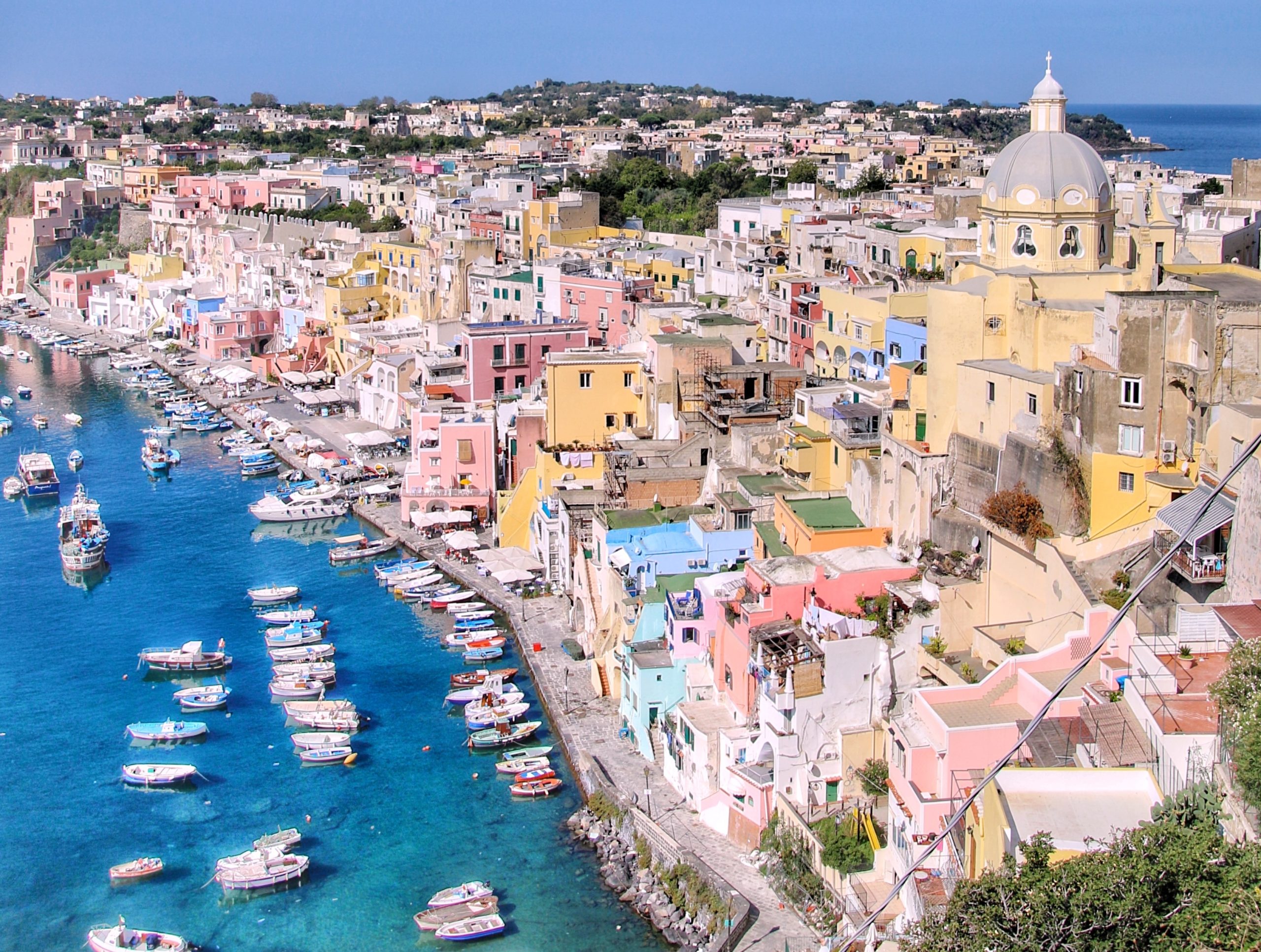 Procida, the smaller isle of the Napolitan archipelago, has been elected “Italian Capital of Culture on 18th January 2021 by the Italian Minister of Culture and tourism. An opportunity for the tourism to renew and to share the interest for local culture and their values. It is the first time in history of the award that an isle wins the podium. The prize has been awarded thanks to the project “La Cultura non isola” – “Culture is not isolation”. Even the American magazine Forbes talked about the event – reflecting the worldwide interest on this little Mediterranean isle.

The dossier “La cultura non isola” is based on a sustainable development model, focused on the culture of the local communities living on isles and remote coastlines. A large array of events, with the participation of around 240 artists during the 330 days of the event, starting from the 6th February until June 2021. Visit the website just created for the occasion.

The beautiful isle of Procida want to reconfirm and renew the interest for a very special territory, extending the horizons, connecting with the local realities.
A new model of sustainable and vivid tourism, starting from a little isle. A total of 44 different cultural projects will be shown. It has been identified a series of 5 different subjects, related to the project:

The isles are discovering places, to learn and observe, as a model of culture, as well as a metaphor of the human being.

The Italian Captain of culture – the contest

Every year, since 2014, the contest celebrates the Italian cities and their heritage. The first winner was in 2016, from the idea of creating new way train and to develop projects for the Italian cities. The aim of every project is to strongly develop new economical and social projects, basing on the culture.

Procida, together with Ischia, Vivara and Nisida, is part of the “Flegrean isles“, located inside the Gulf of Naples. Famous since the Greek age, due to the volcanic origin, connected with a local volcanic area. The huge presence of tuff in Procida is a clear evidence of the local geography, perfectly integrate with the local nature and the crystalline warm waters.

Why visit Procida and what to do

The isle is the ideal place for artists and writers looking for inspiration and tranquility, such as Alberto Moravia or Elsa Morante; both wrote some of their masterpieces, during their time on the isle.
In Procida, which is not far at all from the most famous Capri and Ischia isle, the time flows slowly, following the rhythm of the nature, savoring the most authentic side of life.

The Coastline in Procida is wild and jagged, with some little sandy stripes around the perimeter. “Pozzo Vecchio beach” is considered the most beautiful one on the isle. This famous beach is also know as “the beach of – Il Postino” to honor the great Neapolitan actor Massimo Troisi, protagonist of the movie filmed on the isle. The intense, salty perfume of the sea is all around the isle. The most ancient village in Procida is “Borgo Terra Murata” on the highest side of Procida. The fresh wind from the sea refreshes locals and tourists, going up towards the steps on the isle.

From this viewpoint it is possible to view the Santa Maria Delle Grazie cathedral and the magnificent dome. The white clear color is in contrast with the vivid colors of the colorful houses at La Corricella, the little fishing village. The sea here opulently shows his beauty. The seagulls use to fly around the port, looking for fishes, daily catched from local fishermen.

Seating in one of the various restaurants at the Port of Marina Grande, it is possible to taste the specialties of the isle. The freshest catch of the day is the base of the cuisine on the isle.
Procida also produces good white wines, thanks to the minerals from the ground, the clean environment, and the Mediterranean sun. The lemon salad is one of the most authentic dish, made with fresh mint and the typical big sweet lemons from Procida. Simple flavors and feelings to make this isle unique in the world.

How to visit Procida Isle

The isle of Procida can be visited departing from Naples or from the surrounding isles. For this reason a tour to Procida is always associated with a tour to the bigger Ischia. The best way to visit the isle, walking off the beaten path, avoiding crowds is by boat.
Capasecca Lucury Yacht Capri offers some amazing itineraries to discover the isle, and the beautiful Thyrrenian sea. This is the best choice to maximize the time and to indulge in a relaxing holiday, surrounded by the beauties of the sea.

To live the isle in the best way, the ideal solution is to spend at least one night on board our yacht to wake up and taste a nice Mediterranean breakfast on your yacht, overlooking the enchanting views of isle of Procida, the Italian Capital of Couture 2022.